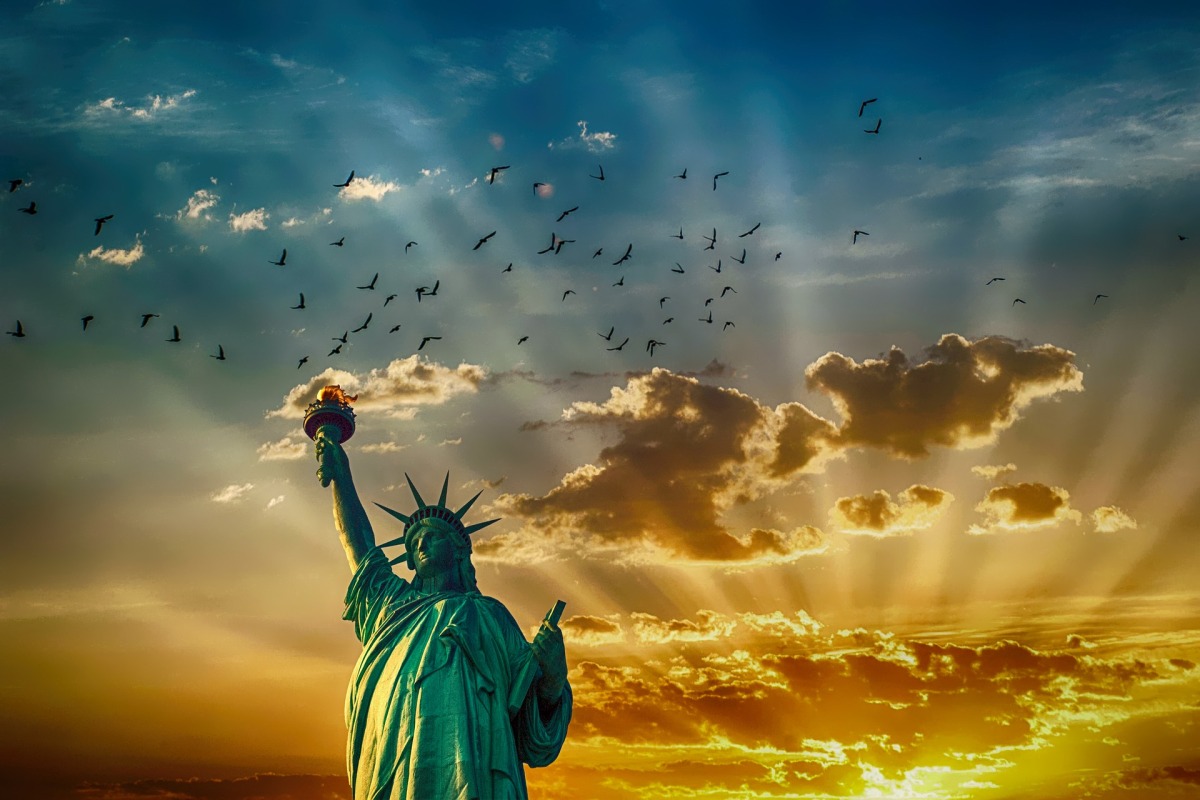 I was watching this week’s episode of Bob Hearts Abishola and a plot arc caught my attention. The titular character Abishola has decided to go to medical school and she’s preparing for the MCAT exams. While ‘studying’ with her friend the crazy Kemi, her only other friend in the entire hospital and her direct senior officer walked in on them and she supplied a mnemonic to help Abishola remember all the bones of the hand.

It turned out that Gloria – the charge nurse, had studied for the MCAT but Abishola didn’t wait to listen to the whole story before concluding that Gloria (who is African American) didn’t stay the course because AAs are lazy while Nigerians are hardworking and tough… Expectedly, Gloria was offended by her assumptions and cut her off.

Before the end of the episode, Gloria gets to tell Abishola her story and she not only got into medical school but finished at the top of her class. Her story ended in the struggle for getting a residency spot and while that proved elusive and with a young family to raise, she became a nurse and a damn good one at that.

The episode reminded me of two things, the first is the resentment that African Americans feel about Nigerians who strut about with a superior attitude because they are getting a juicier piece of the American pie. In a way, the Nigerians forget that it is the best and brightest that get to emigrate in the first place and they already have a better chance than the mixed population of AAs.

Countries like the US actively covet the cream of the crop from underdeveloped countries via scholarships and special immigration initiatives. Recently, I was looking at the CRS points calculator with a friend who has a bachelor’s degree only.

I was suprised to discover just how much an advanced degree boosts one’s score in two different ways (just an extra diploma gives 33points extra while a master’s degree gives 40 pts and a PHD gives 55 pts) and as I was writing this I checked again and found that a high IELTS score of CLB 9 and up also boosts one’s score in two different ways (apart from the IELTS score part, it also boosts the applicant’s score by 25 points in the skill transferability section).

So, like I said… the cream of the crop.

“Give me your tired, your poor,

The wretched refuse of your teeming shore.

Send these, the homeless, tempest-tost to me,

I lift my lamp beside the golden door!”

That quote up there is part of the text on the Statue of Liberty (a symbol of hope and the United States) but these days, ain’t nobody got time for that. If you must come to these lands of opportunities, you must come correct.

Yet the ‘lucky ones’ do not see how having advanced degrees, a chest of money in thousands of dollars, and a superior command of the English language gives us a huge head start over the everyday Joe who also happens to be Black or their advantages over their siblings back home trying to make a living and a life in Buhari’s Nigeria.

The second thing the post reminded me about was just how unappreciative we tend to be about our freedoms and privileges because we do not know how hard others had to fight to pave the way.

If Abishola (who truly has the sensitivity of a brick wall) had been a little intuitive, she would have understood just how tough it would have been for Gloria to attempt entry into medical school in the 1970s and 1980s.

Back when it had taken two acts of national legislation – Civil Rights Act of 1964 which ‘ended’ discrimination based on race, colour and nationality.   Then the Title IX act of 1972 came along which ended sex-based discrimination in public schools, they both had to happen for Gloria to even get the chance to get into medical school in the first place.

And as we all know, just because the law says a thing doesn’t even mean that it applies that way in real life. After all, we can find a poster with the words “Bail is Free” on the wall of nearly every police station in Nigeria. So also is the slogan “Police is your Friend”. Although Nnamdi Atupulazi said on his show once that the correct statement is “The Police are your friends.”

Who wants the police as friends though?

So even though Gloria and other black women were taking up space, it was an even tougher battle to fight the prejudice and disdain of those who refused to judge them for the content of their brains rather than the colour of their skin. A problem Abishola would have to a lesser degree because Gloria had gone ahead.

But this disregard for the sacrifices that paved the way for others isn’t just a problem of the self-important Nigerian in diaspora, it is a problem that afflicts mankind. Bugsy Okocha made a post about the cost of raising a child and compared it with the cost of building a three-bedroom apartment. I think it is a conservative estimate especially when you monetise the time spent in childcare.

For most parents, their children are not only their pride and joy, they are also their investments. I can bet that most of us reading this post have had our parents tell us that we are their silver and gold and lands and luxury cars. In this day and age though, is it worthwhile to invest in a child?

Before you come for my head, stay with me a little.

With the rising rate of unemployment, our failing economy and the general ‘anyhowness’ of the country, financial security is becoming a mirage for many Nigerians. Heck, even the essentials of steady employment/source of income, decent housing, and access to quality healthcare are out of reach for many people under the age of forty. Most people are simply getting by, barely threading above water and it is directly responsible for three things.

The rise of the prosperity gospel in our land

The reason some smart alecs have tied all health conditions to Staphylococcus aureus and sell dubious portions by the truckload because people would rather buy Dr Igodo special cleanser for 2k than go to the hospital.

The outrage that always follows any attempt to peg a minimum figure for marriage/starting a family.

I’m pretty sure you can even list several more things if you think about it.

So, a pensioner has four children who are graduates of higher institutions and not one of them has a job/source of income that guarantees them 200k monthly due to no fault of theirs. After all, we saw the story of the First Class degree holder in mathematics who had to go back to the farm after all efforts to find a job failed before grace found him.

The pensioner also has a variety of debilitating health conditions which are only getting worse because the money to get medication is not available and government hasn’t paid pensions in over a year. The children can barely lend a hand as they do not have enough for their basic needs.

This is a story you can find in nearly every street or village in Nigeria.

But our parents even had it better as it was easier to get steady jobs that offered pensions eventually. While I know that there are various businesses and sectors we can tap into especially with the expanded market available online, the business environment in Nigeria can swallow up even the tough and the brave. There is a reason most businesses involving buying and selling of non-essential commodities in Nigeria do not coast by the five-year mark.

If the standard wisdom is to have children so they would take care of one in old age and the children are incapable of doing that due to their circumstances, is that wisdom still valid?

Ironically, even in ‘wealthy’ societies, parents aren’t particularly better off. Japan is facing several problems even though it scores high on most economic and liveability indices.

People are living longer lives due to improved healthcare, a great diet and of course their genes. Yet, they are not living the full lives they expect because their children are too busy with work and building their careers, their young people aren’t even pursuing romantic relationships for several reasons beyond the scope of this post.

Sadly, we are trapped in the same rat race with little to show for it. No sector doesn’t demand more time from participants than it did twenty years ago. Even civil servants have to spend extra hours at work these days, a near abomination in the recent past.

Time is a resource even more precious than it used to be and how many things are more draining of time than caring for a child who isn’t able to care for himself yet? While there are labour-saving devices available, taking care of a child cannot be done by a machine and the extended family and housemaid systems of the past are not as available to today’s parents.

As a first child and a person who also bears the name Ulonwadi, I know the joy a child brings to a home. I also know that it is entirely possible to want children for the sheer joy of having them, watching them grow and loving them. If only that was the only reason we have children.

On a post, I saw on a group. A young mother admonished her contemporaries to get ready for a life where having a baby meant they instantly acquire two babies. The helpless baby who is dependent on his mother and the helpless husband who cannot deign to fix himself a meal even when his wife is caring for their child.

We can pretend this is not the reality for many women and say things like ‘where una dey see these men?’, but the truth lurks in the shadows. For wives and mothers who have the bulk of domestic activities and childcare stacked on them, career growth comes at an excessively high cost.

What’s the point of going through that hard road to have children (pregnancy and labour stories are the stuff of horror movies) who would then announce on social media and even to their parents’ faces that they are not retirement plans and they didn’t ask to be born. Their parents should have fixed up and prepared for old age instead of burdening them with demands.

As we get more self-centred as a people and success comes at an even greater cost, the propagation of the species should be done with even more deliberation and careful thought. The methods of guilt-tripping which parents passed down for generations don’t work anymore and that child you poured blood and water on his/her head would ask you if they sent you to have them.

Yep, a child is no longer a sure investment. I’m not sure what is anymore.