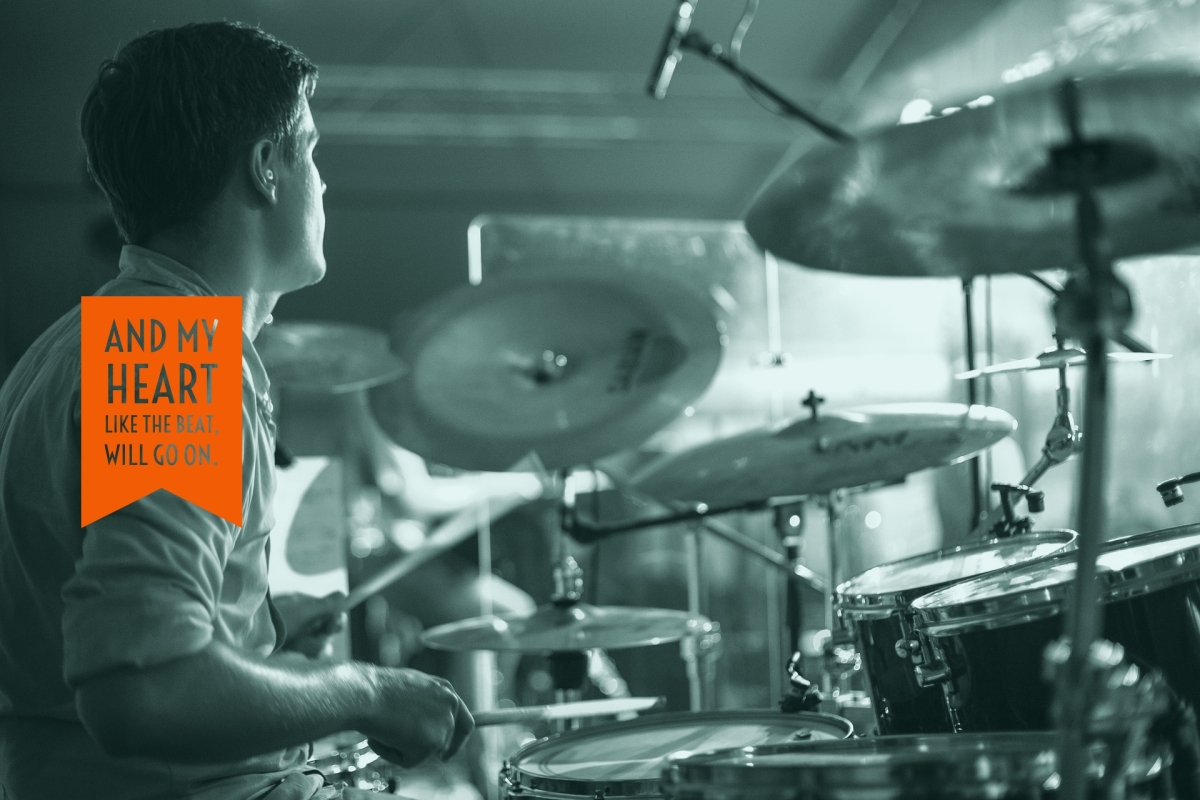 In my last post, I wrote about dedicating December to fitfam. It’s the third of December already and exactly four weeks to my birthday, and I haven’t even started. I’ve been battling with dizzy spells secondary to anaemia, and why am I anaemic? PCOS has a lot to answer for.

I have a writing deadline which has long elapsed and I had to put in some work on it this morning, but I was also contending with dizziness as I settled with my laptop to crank out the story. It was so bad that I decided to listen to my pick me up song – And The Beat Goes On by The Whispers.

Skipping is my exercise of choice when I am serious about losing weight but starting out can be rather difficult, it’s hard to set up a rhythm where I can get enough skips done without getting tired. I listen to music while doing nearly everything, one day while I was skipping and listening to music, my playlist put up the song – And the beat goes on – the 1979 hit song by the American group, The Whispers. I noticed that as the song played, my energy got renewed and I was more enthusiastic about skipping.

I played it again and discovered the effect didn’t wane. It soon became the song of choice when I skipped, I would wait until I get tired and then put the song on repeat. It takes me further, just as Joy should… According to Johnny Walker advertising.

As I listened to the song, the line “Just like fishes in the ocean, there’d always be someone new” caught my attention. I googled the lyrics of the song, while I always knew it was a post heartbreak song but there was something flippant and slightly arrogant about the song I was noticing for the first time. Maybe it was because of a conversation I had earlier with my friend S.

As I read the lyrics, I finally understood why I liked the song that much and why I connected to it on a visceral level. It was my basic philosophy about relationships, romantic and otherwise. Stay in my life or leave, it doesn’t matter, the beat goes on. Something S. had mentioned about my treatment of a certain friend suddenly clicked and I understood the roots of it and how it coloured my friendships and relationships with anyone outside my parents and brothers.

Once upon a time, someone walked out of my life and I was devastated. While I didn’t make some kind of vow or grand declaration to not let anyone close enough to hurt me like that, I still have walls and barriers around my heart that keep out even my nearest and dearest. It’s sad that while I do not see people as disposable, I sure act that way.

I have been lucky to have found and been found by extremely wonderful people who go over and above the call of friendship for me, I am often reminded from time to time that my wealth is in people (even though I’d rather have plenty money in my account too) and these people ask for nothing in return but my happiness. However, I have been remiss in pulling my weight in these friendships and with great shame I realized that all of these people were in my life because they wanted to be and they carved their places by themselves. If they decided I was too much work and let go, I wouldn’t mourn them that much… “Just like fishing in the ocean, there’ll always be someone new”.

Wait though, I’m not that bad. Keep the cross and crown of thorns and cancel your plans to crucify me. I am an interesting friend, witty and funny, I love fiercely but disengaging is very easy for me. The thing is, as I look at the emotional investments people put into my life, another wave of shame rises and buries my full self in it. I don’t even know how to begin to make restitution for cheating the people in my life of their just rewards.

Maybe I should pull down my fences and castles of fear and build bridges of trust and affection, but the thought of it clenches my heart. Maybe Monday afternoons aren’t the best times to make such heavy life-altering decisions.

And that is how I spent two hours writing this, instead of attending to the piece I had to write. Maybe I needed to pour this out, I hope this is catharsis and I’ll get better. I have to get better actually, I know what the problem is, I have no reason to continue to be an aspiring arsehole.

"Our anxiety does not come from thinking about the future, but from wanting to control it." ~ Kahil Gibran.